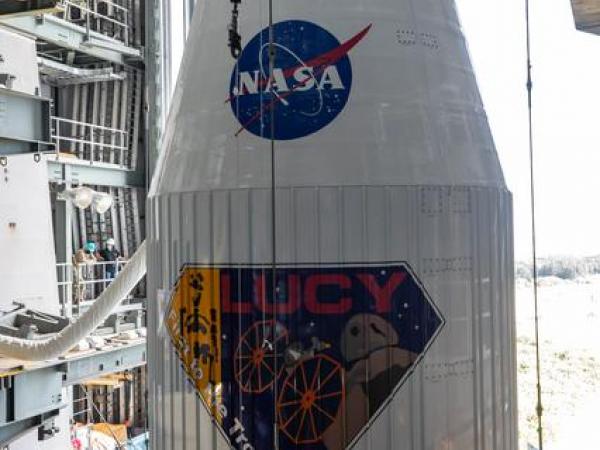 ARLINGTON, Va.—CAES, a leader in advanced mission-critical electronics for aerospace and defense, announced today that its radiation hardened microelectronics are on its way to the planet of Jupiter as part of NASA’s Lucy Mission. The historic space mission will study the Trojan Asteroids, believed to be the oldest remnants from the formation of the solar system over 4.5 billion years ago.

“NASA’s Lucy is set to break new records in space discovery by visiting more asteroids and venturing farther from the sun than any other solar-powered spacecraft has before and CAES is thrilled to collaborate with NASA once again on this important mission,” said Mike Elias, Senior Vice President and General Manager, Space Systems Division, CAES. “CAES radiation hardened microelectronics are built specifically for space and have provided trusted and reliable solutions to withstand the harshest of environments since the earliest days of spaceflight.”

Spanning over 12 years, Lucy will visit eight asteroids which have remained clustered gravitationally in Jupiter’s orbit. Until now, scientists have only been able to study these bodies from afar with ground-based and Earth-orbiting telescopes. Lucy is the first space mission to launch to as many different destinations in independent orbits around our sun and will provide a close-up look at the diversity of the primordial bodies that built the planets.

CAES is a pioneer of advanced electronics for the most technologically challenging military and aerospace trusted systems. As the largest provider of mixed-signal and radiation-hardened technology to the United States aerospace and defense industry, CAES delivers high-reliability RF, microwave and millimeter wave, microelectronic and digital solutions that enable our customers to ensure a safer, more secure world. On land, at sea, in the air, in space and in cyberspace, CAES’ extensive electronics and enhanced manufacturing capabilities are at the forefront of mission-critical military and aerospace innovation. www.caes.com