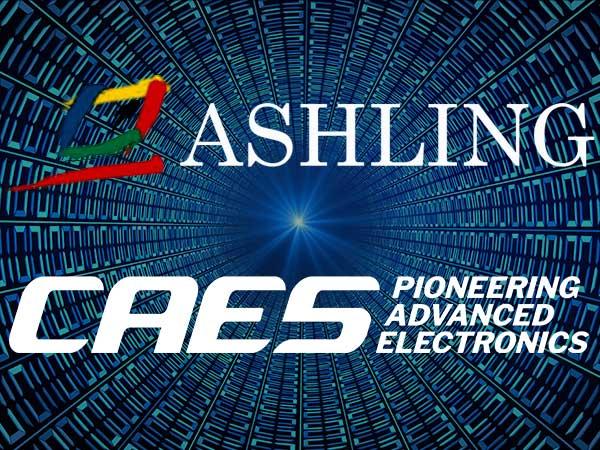 NOEL-V is a synthesizable VHDL processor model based on the open RISC-V architecture targeting mission critical electronics for aerospace and defense industries. Seven different configurations are now available, ranging from a tiny 32-bit version to a 64-bit high performance version. NOEL-V complements the LEON line of processors and is suitable for fault and radiation-tolerant FPGAs and ASIC designs for space and satellite applications.

“We are excited to partner with Ashling and have their RiscFree toolchain support our NOEL-V processors. CAES’ customers will benefit from our expanding development tools ecosystem as it will help expedite time to market,” said Mike Elias, Senior Vice President and General Manager Space Division, CAES.

RiscFree is Ashling’s Integrated Development Environment (IDE) including a Compiler and Debugger and provides software development and debug support for NOEL-V. Since its introduction, Ashling’s RiscFree toolchain has been steadily building market share within the embedded tools market and is particularly strong in the RISC-V market where its ease-of-use, broad functionality, plug-in architecture and upcoming Real-time Trace support have made it the go-to choice for 32-bit and 64-bit RISC core software development for the aerospace and defense industries.

“We are pleased to announce our support for CAES’ recently announced NOEL-V processor and that our RiscFree is now part of CAES’ eco-system of development and debug. We believe RiscFree support will offer the geospatial industry a leading Toolchain which will help in speeding up the deployment of any NOEL-V processor powered solutions.” said Hugh O’Keeffe, CEO of Ashling.

“The collaboration between Ashling and CAES on RISC-V is an example of progress made within the RISC-V community to support global adoption and proliferation of RISC-V.” said Calista Redmond, CEO, RISC-V International. “Together, the ecosystem is growing through IP and Toolchain providers working closely together.”

About Ashling
Ashling has been a leading provider of Embedded Development Tools & Services since 1982 with design centres in Limerick Ireland and Kochi India and sales and support offices in Europe, Asia Pacific, the Middle East and America. We have over thirty years’ experience in developing tools for embedded systems engineers including high-speed Debug and Trace Probes supporting a broad range of MCUs, SoCs and Soft (FPGA) based designs. Our software tools include IDEs, Debuggers, Compilers, SDKs and Simulators and we support all the main embedded architectures including RISC-V, Arm, MIPS, Power Architecture and Synopsys ARC through our RiscFree platform. We have a particular focus on RISC-V and are the first company to bring tools to the market supporting heterogenous debug of RISC-V cores along with cores from other vendors. Visit www.ashling.com for more details or contact Nadim Shehayed: nadim.shehayed@ashling.com

About CAES
CAES is a pioneer of advanced electronics for the most technologically challenging military and aerospace trusted systems. As the largest provider of mixed-signal and radiation-hardened technology to the United States aerospace and defense industry, CAES delivers high-reliability RF, microwave and millimeter wave, microelectronic and digital solutions that enable our customers to ensure a safer, more secure planet. On land, at sea, in the air, in space and in cyberspace, CAES’ extensive electronics and enhanced manufacturing capabilities are at the forefront of mission-critical military and aerospace innovation. www.caes.com

About RISC-V The RISC-V open architecture ISA is under the governance of the RISC-V International. Visit riscv.org for more details.

All trademarks, logos and brand names are the property of their respective owners.