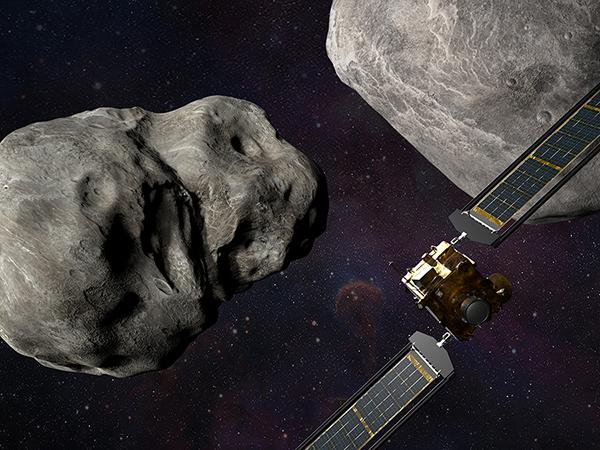 ARLINGTON, Va. - CAES, a leader in advanced mission-critical electronics for aerospace and defense, has announced that its radiation hardened microelectronics is on board NASA’s Double Asteroid Redirection Test (DART) mission. The mission launched from Vandenberg Space Force Base on November 24. The goal of the DART mission is to test the effects of kinetic energy in redirecting objects by impacting a moonlet of Didymous, a near Earth asteroid.

“For decades, a wide range of CAES components have been at the forefront of space exploration and research,” said Mike Elias, Senior Vice President and General Manager, Space Systems Division, CAES. “We are proud to be a continued supplier of choice for important missions like this and assist NASA once again.”

CAES’ LEON3FT microprocessor plays a part in three of the mission’s critical systems. Most importantly, it is found in the Single Board Computer (SBC), which is the main computing unit on the DART spacecraft. The Didymos Reconnaissance and Asteroid Camera for OpNav (DRACO) uses the LEON3FT microprocessor in its DRACO Image Processing Pipeline (DRIP) FPGA for navigation during the event. It can also be found in the Light Italian CubeSat for Imaging of Asteroid (LICIACube), which will be launched by the main probe to provide more accurate measurements of the impact event.

There are almost 20 other CAES components on the DART spacecraft aiding in the completion of the mission. Some of the other items include 160Mb and 4Mb Memory, Logic ICs, Voltage Supervisors, Low Voltage Signaling Receivers and Transmitters, RF Waveguides and Data Converters.

About CAES
CAES is a pioneer of advanced electronics for the most technologically challenging military and aerospace trusted systems. As the largest provider of mixed-signal and radiation-hardened technology to the United States aerospace and defense industry, CAES delivers high-reliability RF, microwave and millimeter wave, microelectronic and digital solutions that enable our customers to ensure a safer, more secure world. On land, at sea, in the air, in space and in cyberspace, CAES’ extensive electronics and enhanced manufacturing capabilities are at the forefront of mission-critical military and aerospace innovation. www.caes.com