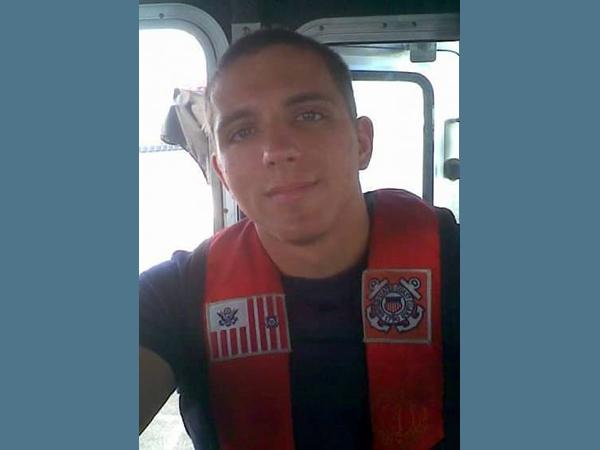 What motivates you to wake up and go to work?

I've always had one foot in the military and one in the civilian world, and this is my favorite job. Since I graduated college in 2015 from SUNY Maritime in the Bronx, New York, I had several jobs that lasted anywhere from six months to a year. With CAES, I'm coming up on four years, and it’s just the best job. That's what gets me up in the morning.

What do you do at CAES?

My title is Equipment Maintenance Technician. When I started with the company, I was an Equipment Inventory Assistant in the operations department. What I do is keep track of all of the calibrated pieces of equipment for a few different departments. Whenever these items are due for calibration, I collect them and have them sent out to Simco, Keysight or some other third-party company. When the items come back from calibration or repair, I hand them back out.

My degree is in International Transportation and Trade so I guess you could say my expertise is in the areas of logistics and inventory tracking management. It was something I did when I was active duty with the Coast Guard as a gunner's mate. I worked in the armory, which meant keeping track of weapons and ammunition and pyrotechnics. You obviously wouldn’t want any of those items to go missing. That was the beginning of inventory management for me, and prior to joining CAES I had a similar job in the field of logistics and inventory tracking dealing with electronic components.

What is your proudest accomplishment of your career?

I recently got a promotion. I’ve had promotions in the military before, but this was my first promotion in the civilian world. That’s been my proudest accomplishment so far given where I started with the company and all of the additional collateral duties that I’ve taken on since and to see all that hard work acknowledged by my supervisor and upper leadership. 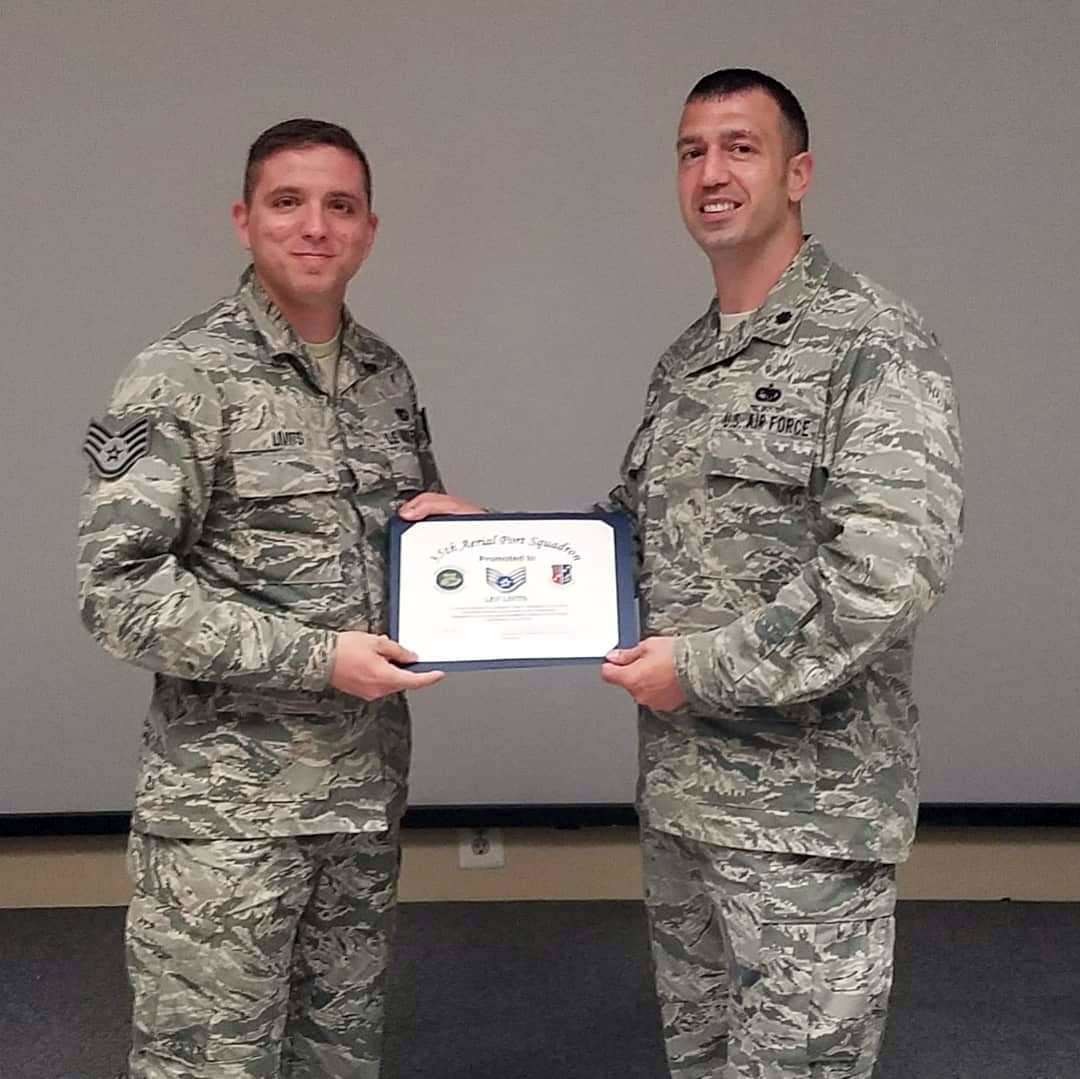 Before working at CAES, what was your most unusual or interesting job?

I guess I would say it all started with my very first enlistment in the military, with the Coast Guard. I was 18 years old, and after boot camp I went to a technical school to become a gunner's mate. Now, I'm a kid from the Bronx, and I’d grown up in the city my whole life. And then all of a sudden, I'm sent up to Portsmouth, New Hampshire, with no car, no driver's license, not even a bicycle. I spent about a year pretty much living on a 210-foot Coast Guard cutter, the Reliance. We’d leave for patrol up and down the Atlantic coast boarding fishing boats, and in the Caribbean we’d come across migrants and conduct searches and rescues. Sometimes we’d run into drug running vessels, and they would hightail it while we tried as hard as we could to chase after them. Being part of the gun crew was definitely something I look back to and say, wow, that was a very different time of my life.

Who was your most important mentor and why?

This may sound corny, but life has been a mentor. I've taken bits and pieces from different life lessons. And I’ve borrowed life lessons from my wife and my parents and grandparents and her parents. It's pretty much been a process of learning from my mistakes.

What skill do you think everyone should learn and why?

Constantly try to expand your skill set. Don’t get stuck with just one particular set of skills. If there's an opportunity to learn something new or do something new, definitely go for it. Having a mindset where you’re constantly learning new things helps to make you kind of indispensable.

What’s the best advice do can give to someone just starting their engineering career?

Make yourself indispensable, In my previous two jobs, it ended up that my position was no longer needed. My job was easily replaceable. I was not indispensable. So, when I walked into the interview at CAES, I said I want to do something that allows me to take on additional roles where I can be someone that people rely on and helps me be an important employee within the company.

What is the one food you can’t resist?

Have you ever met someone famous?

If you could do another job for just one day, what would it be?

If you could meet anyone in the world dead or alive who would it be and why?

What did you want to be when growing up?

What is the one thing you can’t live without?

Where is your hometown? 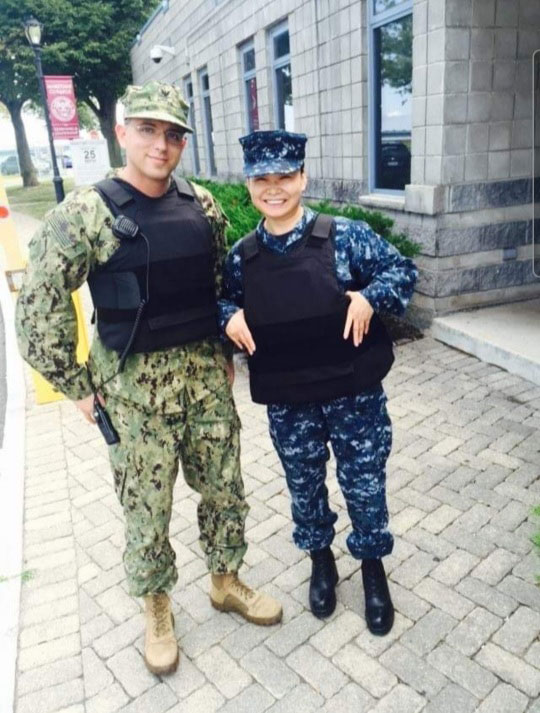 What’s something most people don’t know about you (your secret talent)?

I guess a lot of people are surprised when I tell them how many military branches I’ve served in. When they hear that I was in the Coast Guard and then the Navy Reserve, and the Air Force Reserve and the Air National Guard, some people are stunned. But it goes along with my theme of don't be afraid to try new things. The more you get around and see the world and do new things, the more life lessons you pick up along the way.

What is your rank in the Air Force Reserve?

I’m an E5, which is a Staff Sergeant.

How long have you been an Air Force Reservist?

It’s surprising that you've been in four different branches of the military. Can you walk us through that journey?

I attended a semester-and-a-half of community college, and then I decided to give the Coast Guard a try. There was a recruiting station near my high school, and I used to walk by it and see advertisements for their small boats that do security work in the harbor. I enlisted in 2006. After I completed boot camp in Cape May, New Jersey, I spent my first year in Portsmouth, and for the next three I was stationed on Staten Island in New York City.

I was with the Maritime Safety and Security team, which was specifically stood up right after 9/11 to guard commercial ships, cruise ships, navy vessels and other maritime assets coming in and out of the harbor. When the President came to town, we would guard the helicopter pad that he used. It was a small boat unit doing lots of security work, and it was nice working on the water. A lot of people sit in a cubicle all day, and my job was to spend the day patrolling the harbor.

That pretty much came to an end in 2010 when my contract was up. I chose not to reenlist, because I wanted to be an ordinary boy and go to college like my friends on the outside. I left the military for about two-and-a-half years, and when I was at SUNY Maritime, I noticed that there was a Navy Reserve installation right there on campus. I wasn't interested in going back to be a gunner's mate, so instead I became a logistics specialist. I signed up in April of 2012 and I was with them until January of 2017.

When I moved to Philadelphia after college, I reported to Joint Base McGuire-Dix-Lakehurst in New Jersey where I worked alongside a number of Air Force individuals. I remember asking them all sorts of questions about what they do and the places they go, and so once my Navy contract was up, I switched over to the Air Force Reserve in January of 2017 with a unit called the 35th Aerial Port Squadron. That turned out to be the best unit I have ever served with and is the same unit I'm with today. It’s an amazing command with amazing leadership. The travel opportunities and the jobs I learn to do are equally amazing.

So yeah, I'm in it for the long haul. This year is my 12th year in the military, and I have another eight until I'm eligible for retirement.

Does any specific experience stand out for you?

We were on Yokota Air Force Base, which is about an hour-and-a-half outside of Tokyo. At that time, the U.S. and North Korea were in negotiations to repatriate fallen U.S. service members from the Korean War. We received maybe 18 to 20 caskets, and we were part of a special ceremony where everyone came out to observe them being loaded onto an aircraft to return to the United States. This was not something that most people get to witness, to bring home so many fallen service members from a previous war. Everything had to be done by the book. It was eye opening ceremony seeing each coffin draped in the American flag and knowing that these service members were finally being brought home. 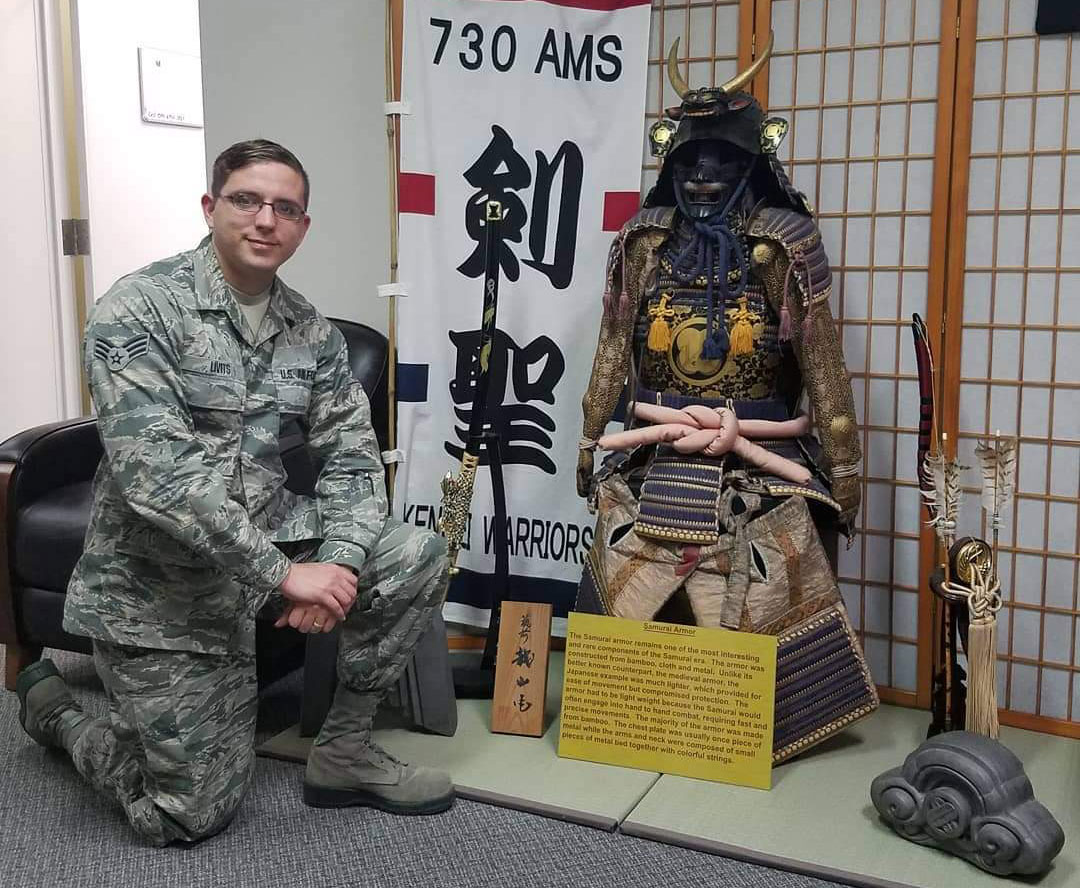