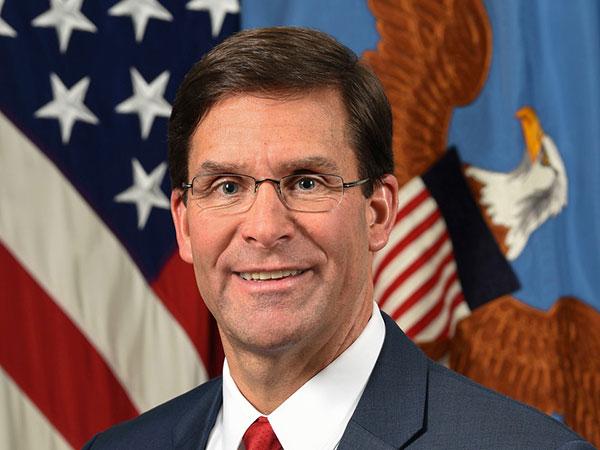 ARLINGTON, Va.—CAES, a pioneer of advanced electronics for the most technologically challenging military and aerospace systems, and the largest provider of secure RF, mixed-signal and digital radiation-hardened technology to the United States aerospace and defense industry, announced today that the 27th United States Secretary of Defense Dr. Mark T. Esper has joined the company’s Board of Directors.

Dr. Esper served as Secretary of Defense from July 2019 until November 2020 and was Secretary of the Army from 2017 to 2019. Dr. Esper will be engaging across the diverse portfolio of CAES mission critical solutions for Air, Sea, Space and Land platforms, and will also serve as a key advisor to Advent International.

Following its acquisition by Advent International (“Advent”), one of the largest and most experienced private equity firms, in January 2020, CAES now operates as a standalone business, with an increased focus on customers, products and programs. This new structure has empowered CAES’ Board and management team to implement a strategy to deliver improved operational performance and program execution throughout the business. Since Advent’s investment the company has experienced strong growth and has been involved in many successful projects and new programs, including supporting the MARS Rover mission, being selected to produce new 5G millimeter wave converters, key wins across classified space programs, and leading-edge EW work, amongst others. In addition, CAES’ Executive Leadership Team and Board have been significantly strengthened through the appointment of a number of leading industry figures which will be further enhanced with Dr. Esper’s appointment.

Commenting on his appointment, Dr. Esper said: ”I am pleased to be joining the great team at CAES, which has proven to be a leader in delivering innovative electronic solutions that empower the warfighter, and improve the security and effectiveness of the United States and its allies.  I very much look forward to contributing to both CAES and Advent.”

Commenting on the announcement, Bob Hitt, Chairman of the Board of CAES and Operating Partner to Advent International, said: “We are honored to welcome Dr. Esper to the CAES Board of Directors. We look forward to Mark’s engagement and contributions to CAES as we expand upon our technologies and industry leadership in advanced electronics critical to national security. We also value the strategic advisory role Mark will provide to Advent as they continue to build upon their expertise in aerospace and defense.”

Commenting on the appointment, Mike Kahn, President and CEO of CAES, said: “We are excited to have Dr. Esper join our Board and look forward to the unique experience and insight that he brings as a government and business leader who is deeply committed to the security of the United States. Dr. Esper’s insights will help guide CAES in our continued efforts to achieve technical excellence and drive industry leading analog and digital innovations that advance the security and capabilities of the United States and its allies.”

Dr. Mark T. Esper became the 27th Secretary of Defense in July 2019 when he was confirmed 90-8 by the U.S. Senate. As Defense Secretary, Esper was responsible for ensuring the United States’ national security, protecting the American people at home and abroad, and advancing the country’s interests globally. In this capacity, he led one of the largest, most complex organizations in the world given its nearly three million service members and defense civilians and $740 billion annual budget. Esper’s scope of responsibilities ranged from organizing, manning, training and equipping the joint force, to the research and development of future weapons, concepts, and equipment; and from defense trade, diplomacy, and cybersecurity, to healthcare, housing, and schools.

Prior to becoming Defense Secretary, Dr. Esper served as the 23rd Secretary of the Army, where he was responsible for over 1.5 million active, Guard, and reserve Soldiers and Army civilians, a budget of $180 billion annually, and all aspects of leading the world’s most capable ground combat force.

Dr. Esper graduated from West Point with distinction in 1986. During 10 years on active duty as an Infantry Officer, he served in the Gulf War and in Europe before retiring in 2007. Esper later served in senior positions for the Senate Foreign Relations Committee, Senate Government Affairs Committee, and House Armed Services Committee. He became the Deputy Assistant Secretary of Defense for Negotiations Policy in 2002, and later served as National Security Advisor to the Senate Majority Leader in 2004.

Dr. Esper was the COO and EVP of Defense and International Affairs at Aerospace Industries Association beginning in 2006. From 2008 to 2010, he served concurrently as the EVP for the U.S. Chamber of Commerce’s Global Intellectual Property Center and as Vice President for Europe and Eurasian Affairs. He was Vice President for Government Relations at the Raytheon Company from 2010 to 2017.

Esper holds a B.S. degree from the U.S. Military Academy, an MPA degree from the Harvard Kennedy School of Government, and a Ph.D. in Public Policy from George Washington University. He is a two-time recipient of the DOD Medal for Distinguished Public Service, and received numerous awards during his military career, including the Bronze Star, Legion of Merit, and the Combat Infantryman’s Badge.

Founded in 1984, Advent International is one of the largest and most experienced global private equity investors. The firm has invested in over 375 private equity investments across 42 countries, and as of December 31, 2020, had $76 billion in assets under management. With 14 offices in 11 countries, Advent has established a globally integrated team of over 240 private equity investment professionals across North America, Europe, Latin America and Asia. The firm focuses on investments in five core sectors, including business and financial services; health care; industrial; retail, consumer and leisure; and technology. After 35 years dedicated to international investing, Advent remains committed to partnering with management teams to deliver sustained revenue and earnings growth for its portfolio companies. www.adventinternational.com